This article lists some useful monitoring tools in Linux.

nmon is short for Nigel’s Monitor. Nigel Griffiths in the creator and developer for the first two decades years. This free tool gives you a huge amount of important performance information in one go.

It can output the data on screen or save the data to a comma separated file. Performance data includes: The top program provides a dynamic real-time view of a running system. It can display system summary information as well as a list of processes or threads currently being managed by the Linux kernel. This is one of my favorite tools in Unix/Linux.

Some of top’s available process fields:

The htop program is an interactive system-monitor process-viewer and process-manager. It is designed as an alternative to the Unix program top. 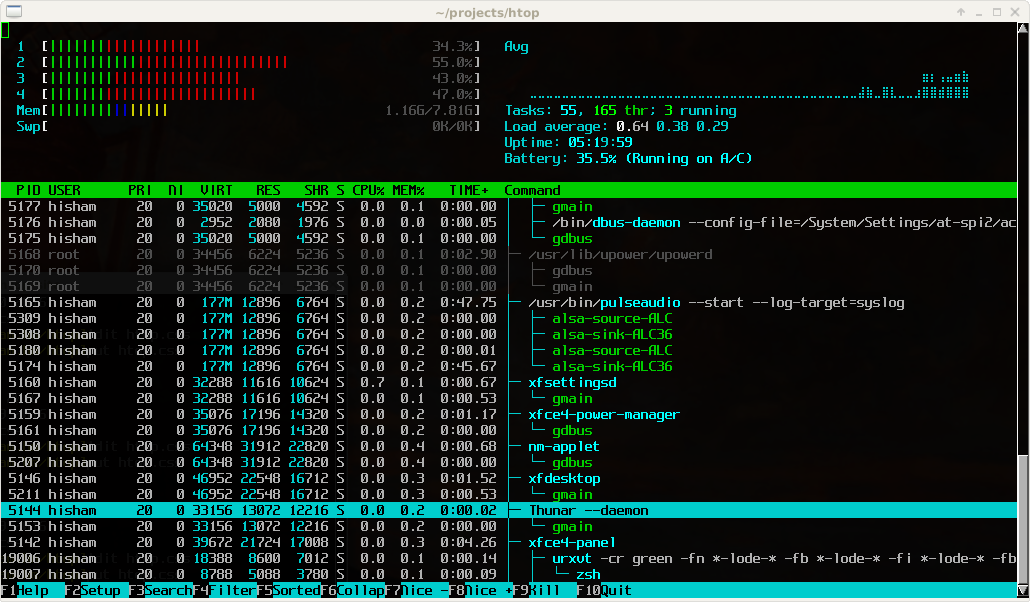 NetHogs is a small ‘net top’ tool. Instead of breaking the traffic down per protocol or per subnet, like most tools do, it groups bandwidth by process.

NetHogs does not rely on a special kernel module to be loaded. If there’s suddenly a lot of network traffic, you can fire up NetHogs and immediately see which PID is causing this. This makes it easy to identify programs that have gone wild and are suddenly taking up your bandwidth.

Since NetHogs heavily relies on /proc, most features are only available on Linux. NetHogs can be built on Mac OS X and FreeBSD, but it will only show connections, not processes.

iotop is a Python program with a top like UI used to show of behalf of which process is the I/O going on. It requires Python ≥ 2.7 and a Linux kernel ≥ 2.6.20 with the TASK_DELAY_ACCT CONFIG_TASKSTATS, TASK_IO_ACCOUNTING and CONFIG_VM_EVENT_COUNTERS options on.

iotop displays columns for the I/O bandwidth read and written by each process/thread during the sampling period. It also displays the percentage of time the thread/process spent while swapping in and while waiting on I/O. For each process, its I/O priority (class/level) is shown. 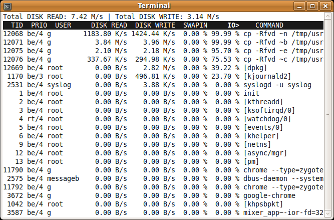 iftop does for network usage what top(1) does for CPU usage. It listens to network traffic on a named interface and displays a table of current bandwidth usage by pairs of hosts.

iftop must be run as root. It depends on two libraries: libpcap and libncurses.

Information at the bottom: 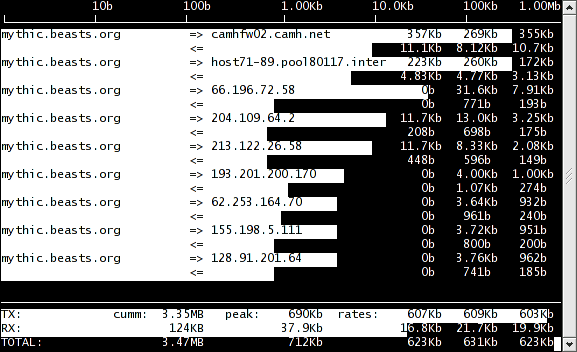 This is just a note for myself. If you want to know more about these tools, search them on their official website. I bet you will like them.

Of course, there are many other helpful tools like:

It is easy to find their manual documentations. I am not introducing them in details here.